Kairaga.com – The tradition of writing and copying Sundanese lontar manuscripts is known to exist from dozens of ancient texts stored in the National Library, Kabuyutan Ciburuy and several institutions abroad. Research on ancient Sundanese manuscripts has been carried out since the 1870s, both by foreign scholars and scholars from Indonesia. Until now research continues to be carried out and several published editions of the text have been produced from these texts.

Lontar writing or copying activities are thought to have become extinct until the end of the 17th century or the 18th century. The information of the last author or copyer known through his work and the existence of his descendants, namely Kai Raga When Raden Saleh visited a place where there was a building containing dozens of ancient lontar manuscripts, he met someone who claimed to be a great-grandson of Kai Raga.

The ancient Sundanese e-copy was initiated by Ilham Nurwansah after a long period of research and testing, assisted by philologist Dr. Tedi Permadi, M. Hum. This effort is also one of the programs supported by Manassa, West Java. Lontar is ordered specifically from Bali, while stationery in the form of péso pangot is made specifically through the reconstruction of artifacts found on the Kabuyutan Ciburuy site, Garut. Although the writing method is similar to that in Bali, but to produce ancient Sundanese characters, certain techniques that are slightly different are used.

Manuscripts from the copies on display include Kawih Paningkes, Sanghyang Jati Maha Pitutur, Pituturning Jalma, and Carita Parahyangan. In addition, one copy of the lontar was displayed containing the Indramayu answer by Ki Tarka. During the workshop, Ilham was accompanied by two activists who copied Sundanese lontar, namely Hady Prastya and Ahmad Rijal Nasrullah. High enthusiasm can be seen from the visit of the workhop participants to the booth to see the copying process and study the writing of Sundanese characters. If you are interested in participating in or holding a similar workshop, please contact Kairaga Institute through the contact page. [* INS] 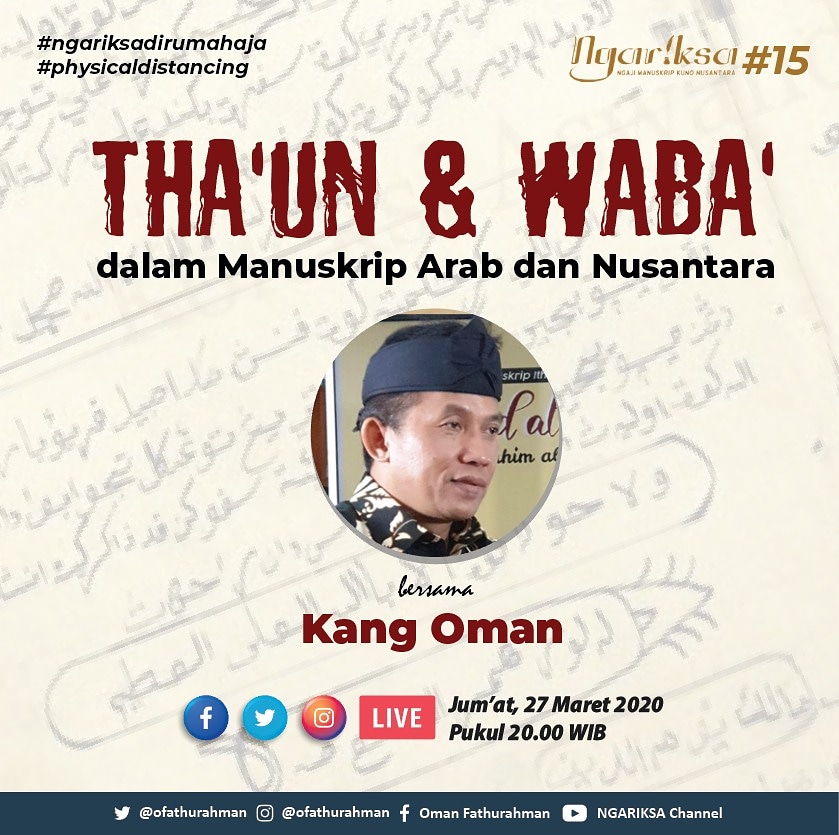